Home » Art of Living » Spirituality » The Ant and the Contact Lens: A True Story

Brenda was almost halfway to the top of the tremendous granite cliff. 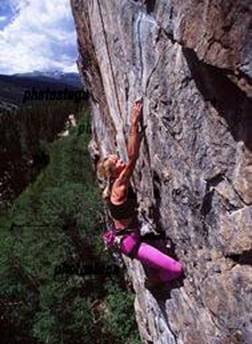 She was standing on a ledge where she was taking a breather during this, her first rock climb. As she rested there, the safety rope snapped against her eye and knocked out her contact lens.

She looked and looked, hoping that somehow it had landed on the ledge. But it just wasn’t there. She felt the panic rising in her, so she began praying. She prayed for calm and she prayed that she may find her contact lens.

When she got to the top, a friend examined her eye and her clothing for the lens, but it was not to be found. Although she was calm now that she was at the top, she was saddened because she could not clearly see across the range of mountains. She thought of the Bible verse “The eyes of the Lord run to and fro throughout the whole earth.”

She thought, ‘Lord, You can see all these mountains. You know every stone and leaf and You know exactly where my contact lens is. Please help me.’

Later, when they had hiked down the trail to the bottom of the cliff they met another party of climbers just starting up the face of the cliff. One of them shouted out, “Hey, you guys! Anybody lose a contact lens?”

Well, that would be startling enough, but you know why the climber saw it?

An ant was moving slowly across a twig on the face of the rock, carrying it! 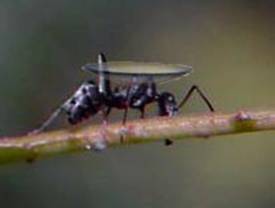 The story doesn’t end there. Brenda’s father is a cartoonist. When she told him the incredible story of the ant, the prayer and the contact lens, he drew a cartoon of an ant lugging that contact lens with the caption, “Lord, I don’t know why You want me to carry this thing. I can’t eat it, and it’s awfully heavy. But if this is what You want me to do; I’ll carry it for You.” 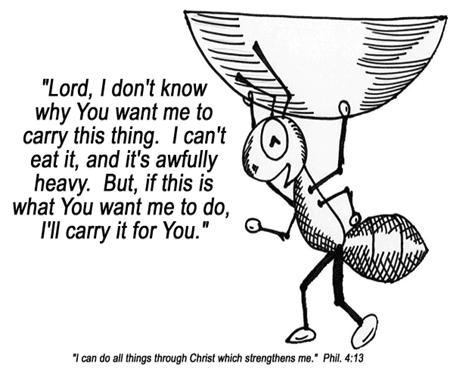 Life is not easy. We continuously face challenges in the form of a variety problems, obstacles, hardships and adversities. If that was not enough, at times, circumstances force us to carry burdens that don’t belong to us in the first place. Even in the field of social service, where we are exclusively there to selflessly serve the humanity, many times we face obstacles and oppositions, even from the very people whom we want to serve. Often we give up easily or carry on unable to give up due to the circumstances being such.

Each and every being in this creation has a purpose to serve in the divine scheme of things. Every one of us, without exception, is unique and has a unique purpose to serve and serve we must.

God doesn’t call the qualified, He qualifies the called.

Pray to be among those called.

Being True to Ourselves

An Inspiring Story of a Humble Chinese Rubbish Collector…!!

The Unbelievable Story of Anita Moorjani…!!!