In a zoo in California, a mother tiger gave birth to a rare set of triplet tiger cubs. Unfortunately, due to complications in the pregnancy, the cubs were born prematurely and due to their tiny size, they died shortly after birth.

The mother tiger after recovering from the delivery, suddenly started to decline in health, although physically she was fine. The veterinarians felt that the loss of her litter had caused the tigress to fall into a depression.

The doctors decided that if the tigress could surrogate another mother’s cubs, perhaps she would improve.

After checking with many other zoos across the country, the depressing news was that there were no tiger cubs of the right age to introduce to the mourning mother…

The veterinarians decided to try something that had never been tried in a zoo environment. Sometimes a mother of one species will take on the care of a different species. The only orphans that could be found quickly, were a litter of weanling pigs.

Would they become cubs or pork chops?

Take a look… It is unbelievable. 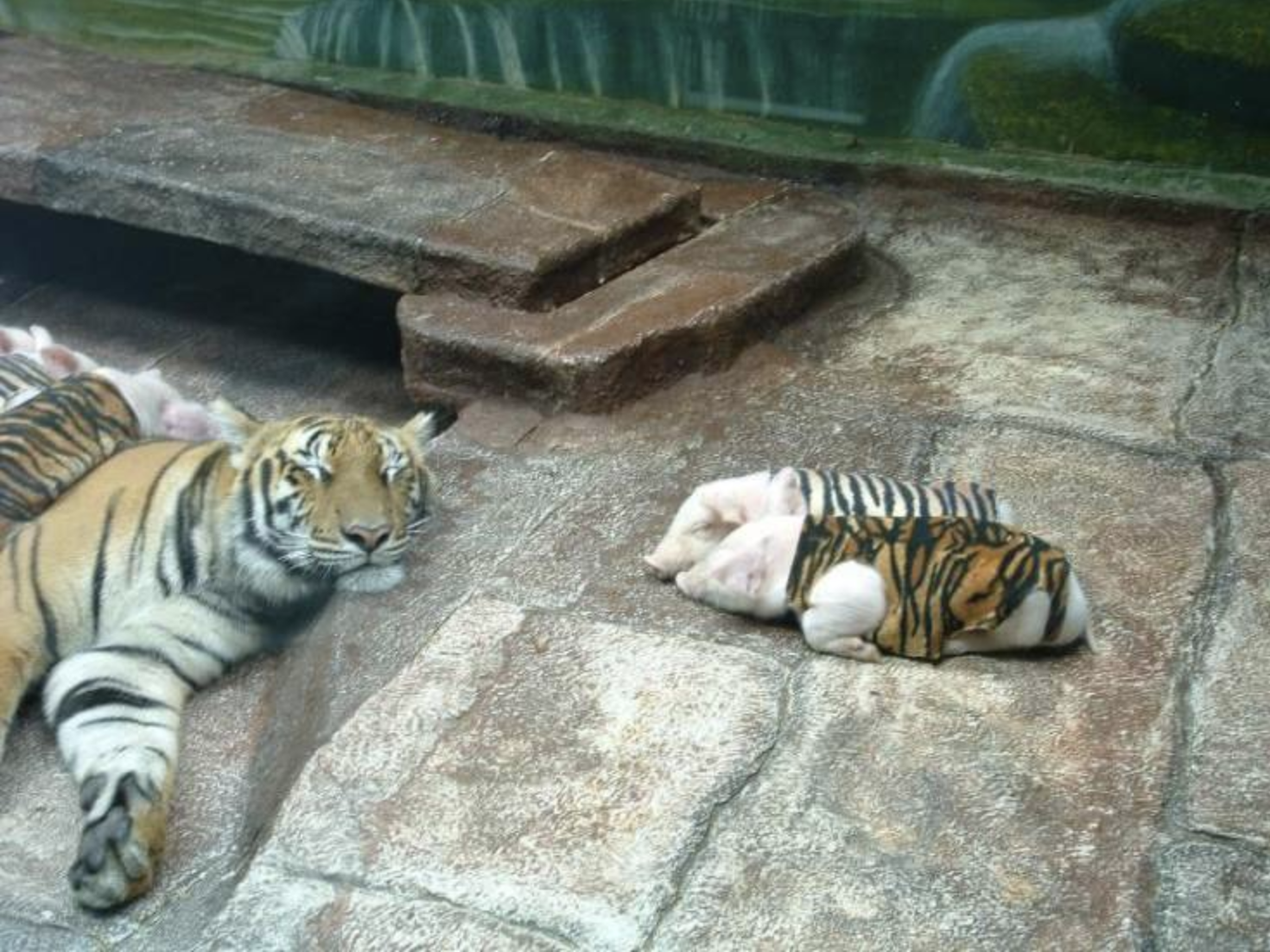 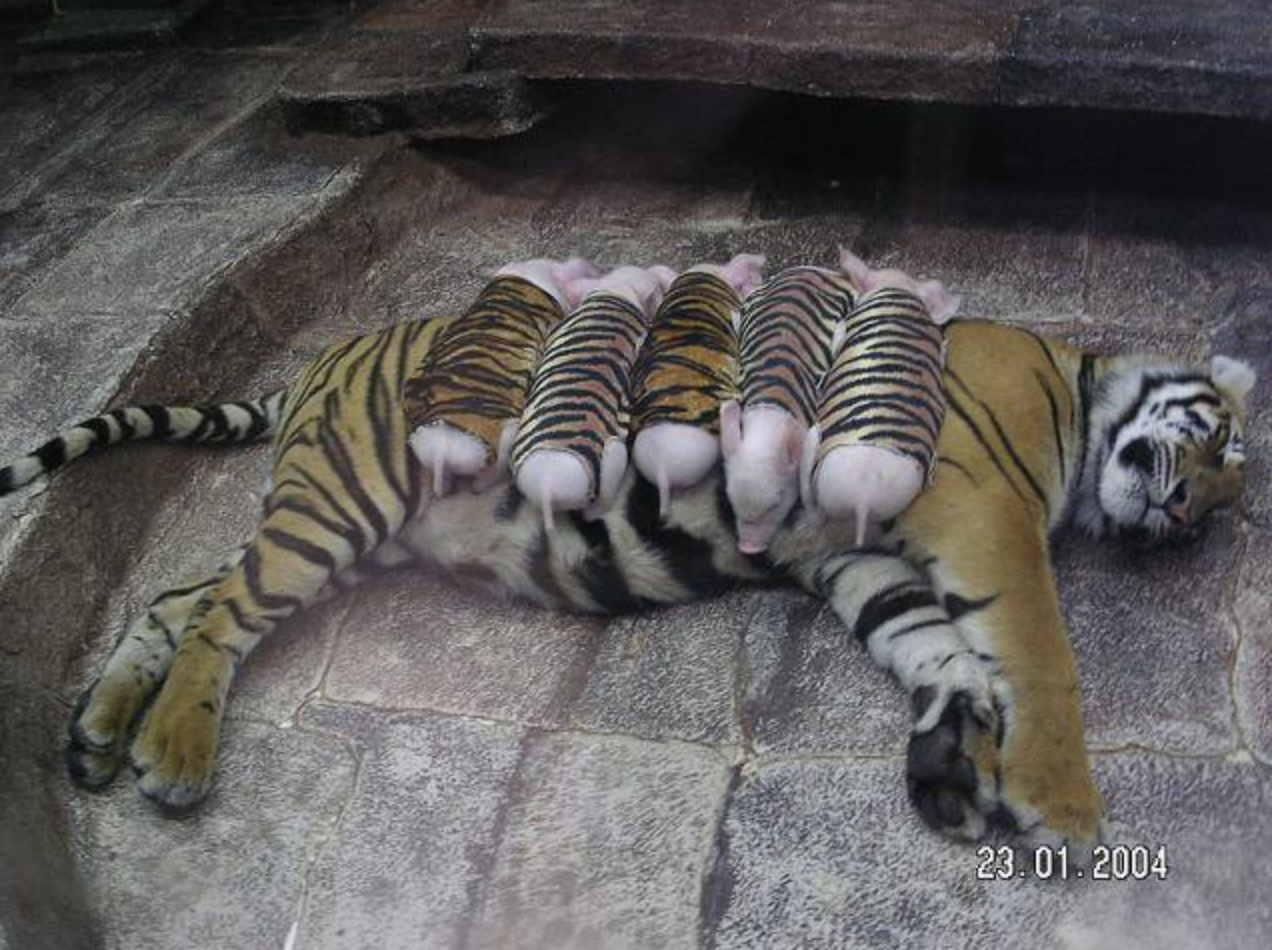 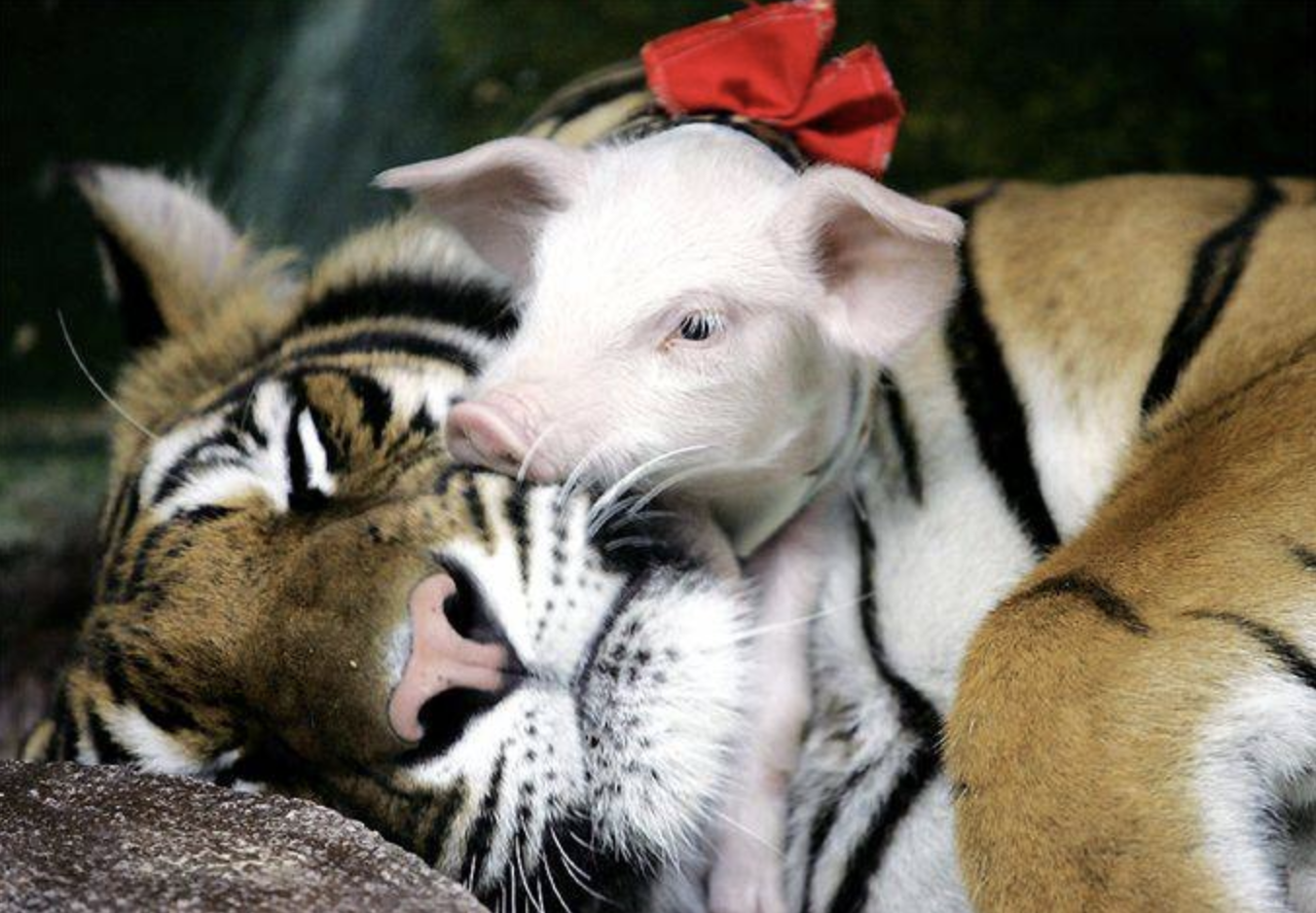 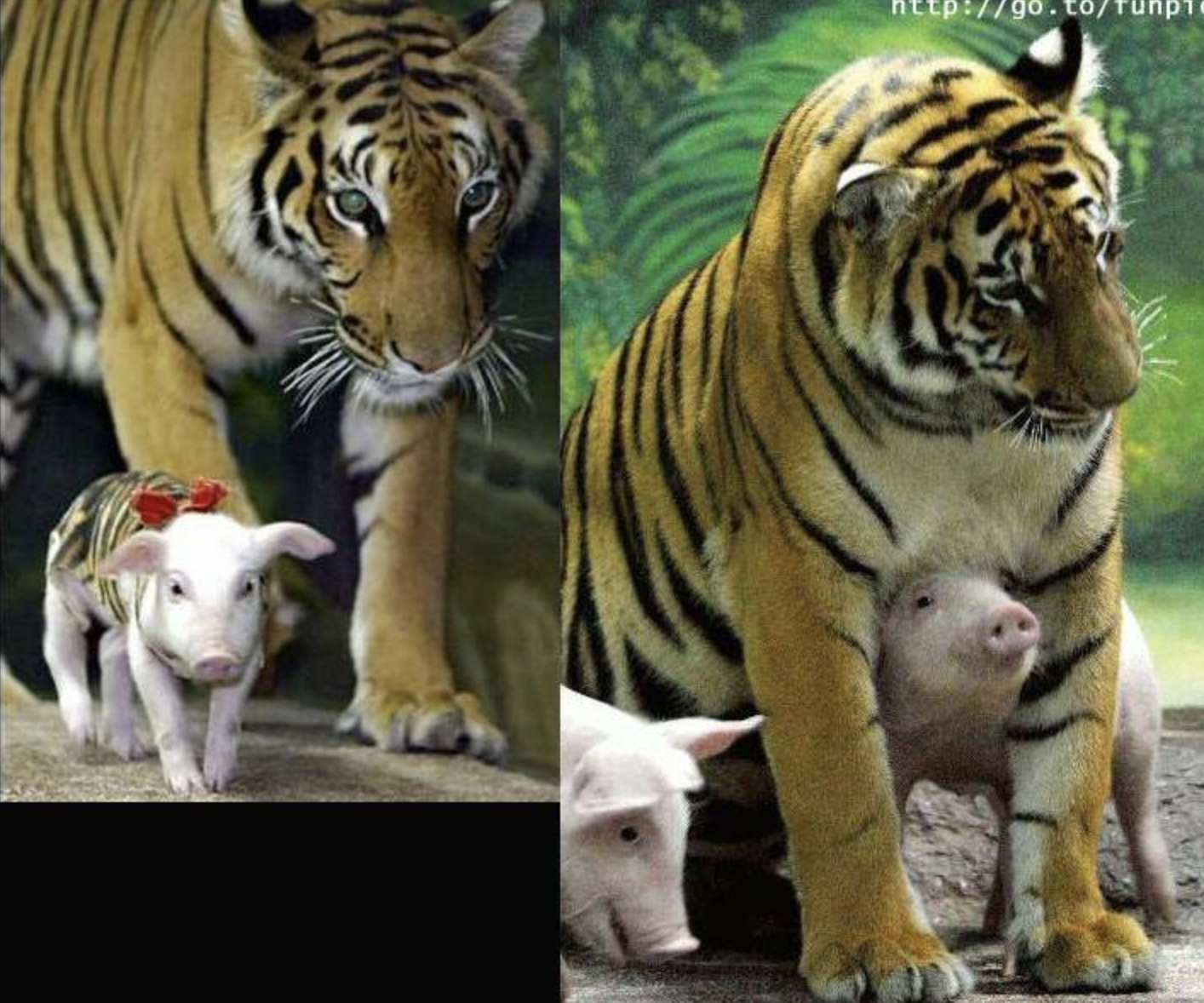 Now, why can’t the rest of the world also get along?

BEING HAPPY this Christmas….and for the Rest of Your Life

A Bowl of Noodles from a Stranger