The Path of Most Persistence

“There will always be those who will tell you it can’t be done, but throughout history, progress has always come from those who said it could be done.”

“The people who accomplish the most do so not because they never run into problems, but because they believe there is a solution for every problem.”

“The great men and women of history are remembered not because they never failed, but because they didn’t let their failures stop them. They kept on until they succeeded.”

When Thomas Edison invented the light bulb, he tried over 2000 experiments before he got it to work. A young reporter asked him how it felt to fail so many times.

He said, “I never failed once. I invented the light bulb. It just happened to be a 2000-step process.”

Often Genius is just another way of spelling perseverance. 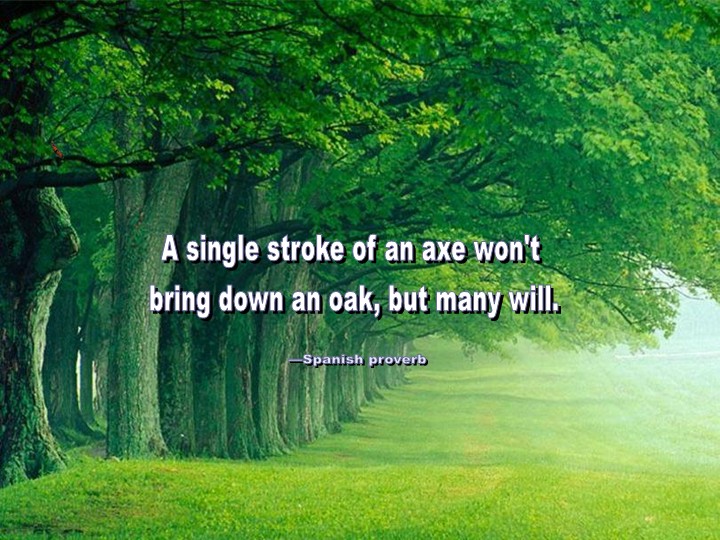 Only the most believing and persevering find it.

Success is sweet, but its secret is sweat.

The secret of success is to start from scratch and keep on scratching.

Nothing in the world, including talent, genius and education, can take the place of persistence.

Here is the great secret of success:

“Pray with all your might for the blessing in God, but work at the same time with all diligence, with all patience, with all perseverance. Pray and work. Work and pray.”

Converting Insult into Opportunity and Success!!

Eight Lies of A Mother……

When in Need of Inspiration